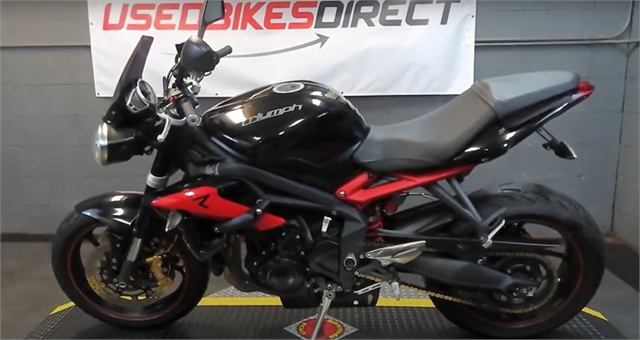 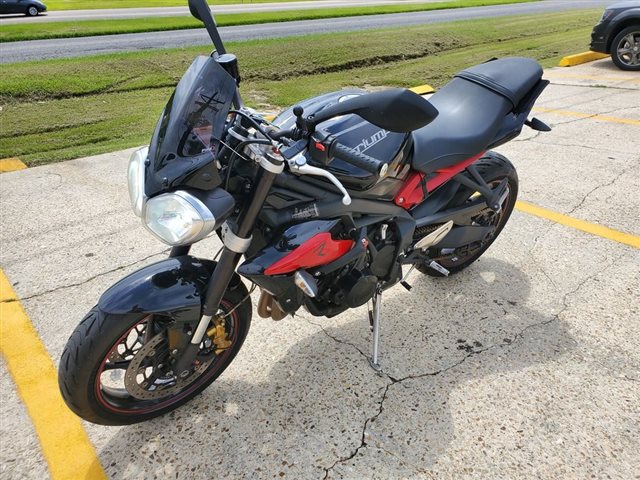 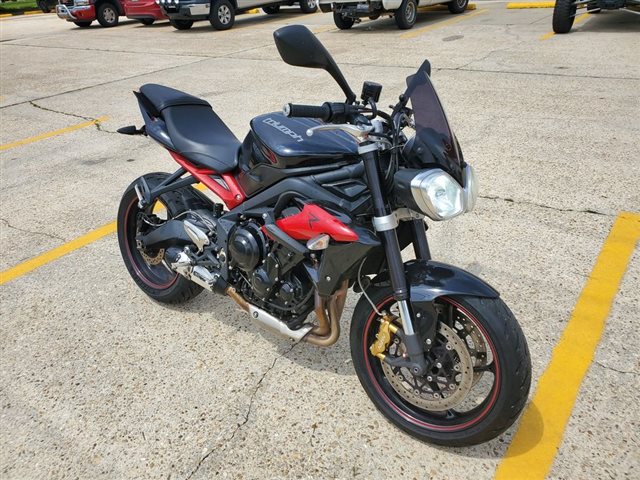 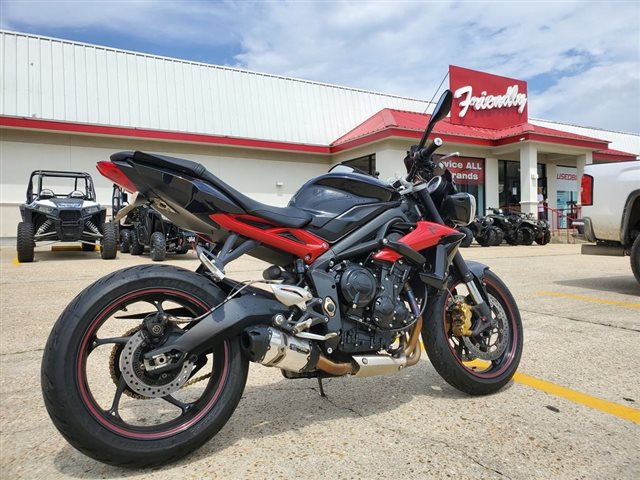 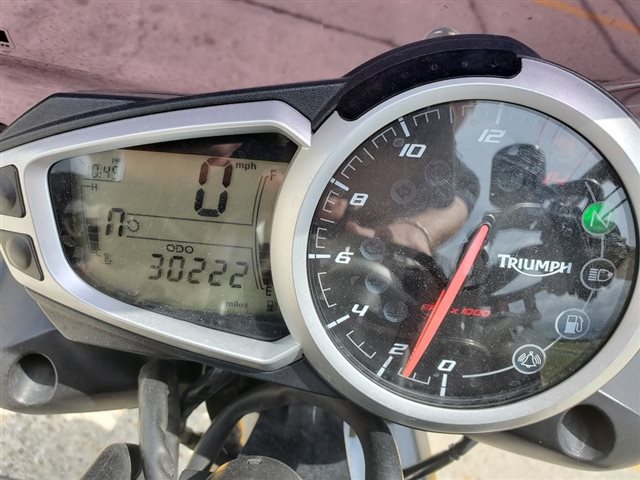 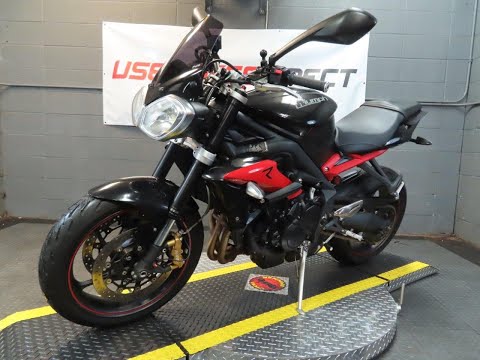 186 people have recently viewed it.
Description

The purest; hardest performing and most rewarding naked sports motorcycle available today. We took the Speed Triple; the world's first and best factory streetfighter with its head-turning; angry style and its 135PS three-cylinder engine. Then added the best components the motorcycle industry can offer; from ├ûhlins; Pirelli and Brembo. A plethora of exquisitely designed accessories complete the R transformation ΓÇô fly screen; belly pan and seat cowl; whilst the Diablo Red radiator shrouds further boast of the R’s pedigree.

The result is the Speed Triple R; cutting edge real world performance to thrill the most committed rider.

Based on the already high performing and agile Speed Triple. The R gives you sharper steering and even better feedback for the most intense; tactile and satisfying ride from any Triumph ever made.

The Speed Triple never tried to hide what it was; a cutting edge sports bike with performance honed for the street. But the R screams it.

Standard Features May Include:

The engine is the same muscle-packed 1050cc triple that powers the Speed Triple. And it delivers a huge punch. But every real rider knows; the key to its real world performance is the broad spread of torque and instant throttle response.

With 135PS maximum there’s enough high-end performance to satisfy you on a serious track day. Then there’s the Speed Triple R’s 111Nm of peak torque; with lots more thrust on tap lower down the rev range no matter what the gear and a seemingly endless flow of power that's predictable and easy to use.

We matched the transmission carefully to the engine; with six ratios in the gearbox to make sure there's always one that's perfect at any moment of your ride. While the wet; multi-plate clutch has a lightweight and predictable lever action to make fast getaways easy and town riding effortless.

The twin silencers; wrapped in black exhaust heat shields; sit beneath the short; stubby tail section of the Speed Triple R and leave the rear wheel fully exposed on the right by the cool; single-sided swingarm. Not for looks; for real world sports bike riding. It just happens to look great.

Choosing the suspension wasn't just a case of looking for the best and bolting it on. Extensive testing by our own and ├ûhlins highly experienced development riders on road and track means the internals were developed specifically for Triumph and the Speed Triple R. In the NIX30 forks and TTX36 shock; the rebound and compression damping functions are completely separated to give you more precise damping control and both offer a huge range of settings to suit your ride.

The frame is the same doubled-tube; twin spar design recognisable from the 1997 model. Although the current version was updated in 2011; so it now uses the engine as a crucial frame component; making the chassis stiffer and lighter for a more focussed ride.

We’ve added Brembo Monobloc callipers to the R for 5 per cent more stopping power than the standard Speed Triple's Brembos. And their single-piece construction helps reduce distortion at extreme pressures for more accurate feedback. The optional electronic ABS makes 100 calculations per second to prevent wheel lock up at either end.

We fitted lightweight cast aluminium wheels and a wide 6 inch rim on the back to take the grippiest; sports-focused rubber the Speed Triple R deserves

The swingarm is aluminium and features an eccentric chain adjuster so that the rear wheel stays perfectly in line with the front for a focussed; precise handling.

The ePrice for this 2014 Triumph Street Triple R ABS is only $0!